"What no one has ever dared to think of the afterlife is that it could be absolutely identical to where we are now."

Aldilà. The other side of things, situations, places.

Aldilà. An unknown place, a place that can only be accessed with the mind.

According to the philosopher, the human perception of reality is distorted, due to the veil presence, which does not allow man to see the true reality. In a passage of his essay entitled “The world as will and representation” he states that “It is Maya, the deceptive veil, which envelops the eyes of mortal and makes them see a world of which it can neither be said that it exists, nor that id does not exists; because she resembles the dream, resembles the reflection of the sun on the sand, which the pilgrim from afar mistakes for water, or it also resembles the rope thrown to the ground, which he takes for a snake”.

This term should also be understood as rebirth, as change. It is the overcoming of an obstacle that leads to the abandonment of a previous situation and the beginning of a new adventure. The term “beyond” therefore presupposes the existence of two worlds, two elements, two places, two concepts and two opposing symbols. This leads us to ask ourselves: “What if the borders weren’t so clear? What if good and evil could be on one side of the barricare and on the other side there was a stranger beyond?”. This concept leads us to consider the essay “Beyond good and evil” by the Philosopher Friedrich Nietzsche. In the second part of the essay the philosopher speaks of “Free Spirit”: for Nietzsche free spirits are those who investigate reality in such a profound way as to be almost cruel because they seek the truth even in something painful, so curious and implacably prosthetic with the heart towards the elusive.

In this sense it is interesting to consider the Socratic myth of the cave in which people are chained and do not have the possibility to turn their gaze to the light, condemned in this way to consider reality what the shadows project on the wall. But if one of them were able to free himself and look at the light, not only would he feel pain because his eyes are not accustomed to the light, but he would feel dismay and terror at seeing for the first time the cause of the images projected onto the wall and probably feel the visceral urge to return to darkness. At the same time, a man who has become aware that he has believed in a reality that he was not, and finally aware that he has freed himself from the chains of ignorance, will never be able to turn back, and although he is faced with an impervious and infinite road, will give up the temptation to return to darkness.

The Socratic myth touches on a fundamental point: is the world in which we live real or is it just a wall that does not allow us to see the real reality? What if there’s a fantasy world we can’t access? And if there is, what does this world look like? Would it be possible to identify the afterlife with the concept of virtual? In the common sense the real is opposed to the virtual and if instead what is virtual is part of reality? As if the latter could not exist without the first. Virtual is all that is possible, reality is a manifestation of the possible, and with it also the afterlife. Husserl, founder philosopher of phenomenology, designates the study of phenomena in the philosophical sphere as they manifest themselves, in their appearance, to the intentional knowledge of the individual, regardless of external physical reality. According to phenomenology no reality ever presents itself before us devoid of the abstract characterization provided by its virtuality.

Many artists had asked themselves the same questions distorting reality and creating utopian worlds. First of all Surrealist who have make of their dreams their artworks: Salvador Dalì in “Dream caused by the flight of a bee around a pomegranate” that represents an irrational and unlikely world. Magritte with his paintings allows us to go over the visible seeing-through his subconscious as in “The false mirror” by means of the eye here represented or even in the most famous “La Trahison des images (ceci n’est pas une pipe)” in which the pipe is a representation of an image that goes over his appearance inviting us to a deep reflection. An additional movement that evolves in line of the same thought is the one followed by the Dadaism who used quotidian and objects to create their artworks cancelling their real essence.

It is possible to affirm that art itself is beyond place. Its aim and the one of the artist too is to represent the world and its creation not as we can see it but in a personal interpretation. So we can say that art represents the artist’s reality; his truth; the world beyond the thin layer and that each of us want to reach.

M.A.D.S. asks the artists who will participate in the event, to do the same, representing their imaginary world whatever they see it: a happy place or a perdition one; a place where they can meet their beloved or a place of renaissance. The duplicity of the word ‘beyond’ corresponds to a subjectivity meaning: every artist will explain the concept in a personal and fictional way thinking about parallel words. M.A.D.S. asks its artists to drop the Maya veil and show the public what it hides. 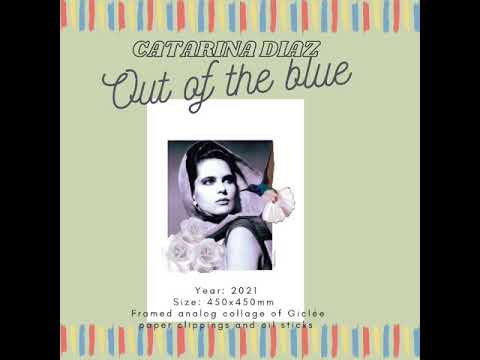