Why are we moved to create art? Why do we sometimes get the impression that an artwork is silently observing the inside of ourselves? We perceive energy within the brushstrokes, between the reliefs determined by the color lying on the canvas. We sense mystery in the artist's hand and in his rhythmic gestures. There is self-sacrifice to tell what is hidden behind the opaque surface of the shaped material.

Sacrifice. A gesture of offering to something, for something. Action through which an object referable to the world of reality loses its meaning, gives up its constituent form and its materialistic duties to become a semiophore object. Stripped of its native function, the entity in question acquires labile and invisible connotations, becoming a visible object of an invisible world. Delicate fiber between the dimension of the real and that of the sacred; builder of a prosperous bond between man and hope, the object is itself the sacrifice. The human being himself can be a sacrificer and, at the same time, an element to be immolated. On the other hand, in nature there is no instinct of sacrifice, animals are not driven by a moral and do not undergo ethical dilemmas. The human being is the only entity that can decide to sacrifice itself - and make sacrifices - in the name of an ideal, of a future benefit, of a hint of hope. Is hope perhaps the driving force behind sacrifice? Is sacrifice perhaps the cry of the human being who, powerless and insignificant, aspires to something unattainable? And is it perhaps the figure of the artist who embodies in his robes the sacrificed and the sacrificer? Nowadays the aesthetic expression is an activity - exquisitely human - that is not subject to the rule of utility, does not respond to the strict laws of the market and is excluded from any dynamic of practical utility. By its nature, Art, not fulfilling concrete specific tasks, becomes the bearer of the invisible, of something coming from the "other dimension". Devoid of tangible elements and expressible exclusively through the language of artistic creation, Art is the only mode of expression of what we are unable to see. Is it therefore possible to raise art to a semiophore object unifying opposing worlds?

According to the theory of French sociology, the act of sacrifice is nothing but an instrument of the real through which the individual has access to the sacral sphere. Finally, man has the privilege of entering into communication with the supernatural world and the immolated element allows the sacrificer to pass to a different condition, to something that distances him from the world of the real to bring him closer to the divine entity. On the other hand, the sacrifice simultaneously sanctions the natural separation between the world of men and the world of the invisible. Men try to communicate with the "other" world through a prodigious ritual, made of atavistic gestures and formulas, trying to overcome an unbridgeable space - or time -. The artist as the haruspex of destiny, Art as action and element to be immolated on the sacred table of all humanity. Priest of the contemporary world, the one who builds the delicate way between the world of the real and that of the invisible, the artist stands as the author of the sacrifice on behalf of humanity, of its atavistic questions and its ancestral doubts. The blood of the Art descends abundantly from the profiles of the altar, it is sacrifice and gift for the whole humanity.

Nowadays it is rather anachronistic to consider the act of sacrifice as an event dedicated to God or to the Gods. Yet, the latter still exist. They walk, breathe and station in our world. They have lost their names and their physiognomies: their connotations have changed into something new: into ideals and aspirations peculiar to our way of life, to our fast - and not very meditative - contemporaneity. The incarnation of the Gods in ideals, the inclusion of man's questions in the sphere of the invisible and the immutable desire to dissect what is unexplored in the world, pushes the man-artist to sacrifice his being through the delicate creative process in order to reach a divinatory conception of himself, to a condition of existence that goes beyond physical laws to flow into the divine.

M.A.D.S. with Sacrifice presents itself as an act of reflection on sacrifice as an entirely human invention; an occasion for an intimate study through the medium of painting, sculpture and digital to bring to light what feeds and determines the impulse of immolation towards humanity. Sacrifice is a chance to formulate an answer to the questions outlined above, it is an opportunity to examine the value of hope as a driving force, it is an input to reveal the vigorous aspirations and ideals that never lapsed and that dwell in the soul of each of us. The doubts, the innate mysteries, the idiosyncrasies peculiar to the contemporary world, the fragilities that reside under the skin of our body are all there, in the work of art, votive object to decipher the dark abyss that dwells within us. Let's take Art and shape it in the likeness of our sacrificial element, eradicating its visible features and removing the superficial formal patina. Let's build little by little, spot of color on spot of color that delicate and ethereal bridge between the world of things and the world of ideas, let's approach laboriously to the divine tasting the sweet taste of hope. Let's make Art our semiophore object and put matter at the service of that impalpable and longed-for desire for hope and mystical knowledge. 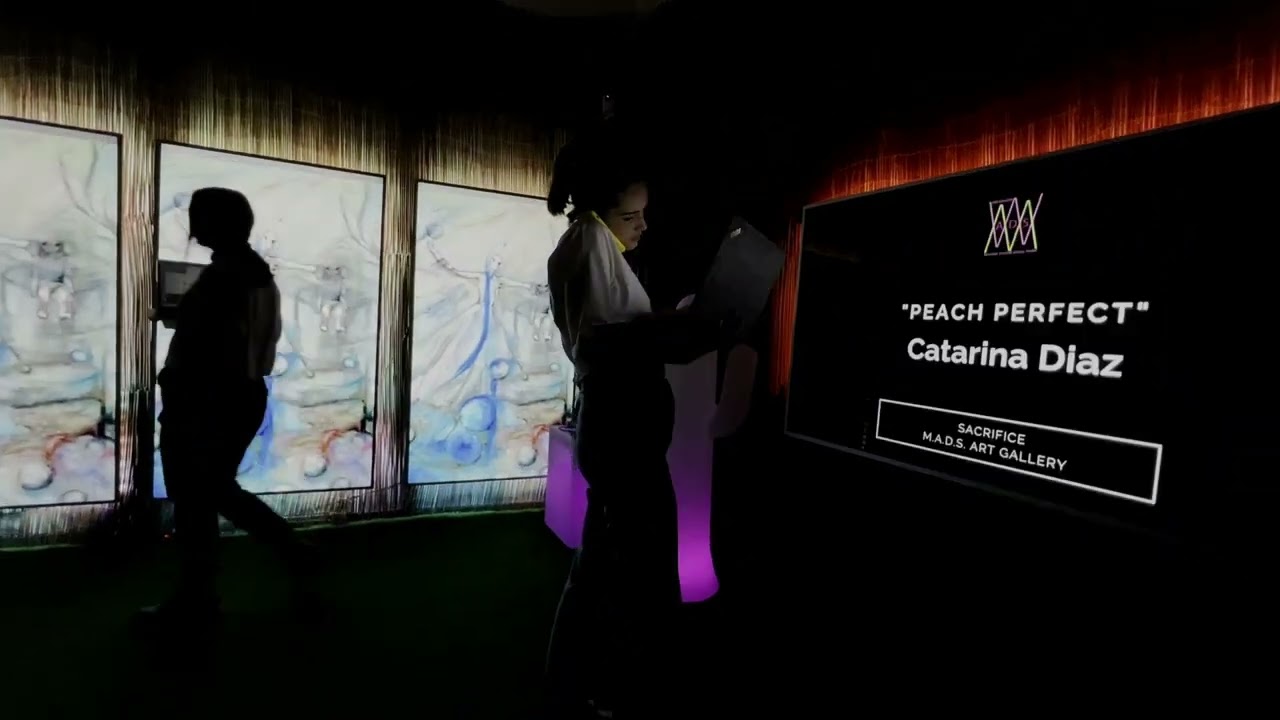